JB here & I have the recipe to your new guilty pleasure.

If you never had a walking taco, it’s for sure one of those thing that you know isn’t super healthy for you. But it’s so good that after like two bites, you’re like IDGAF, this is GOOD. I was so obsessed, I ate it two nights in a row.

Ready to fall in love? Check out my recipe for my version of a walking taco. 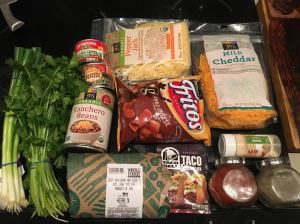 One and 1/2 pounds of ground beef

One bag of Fritos (I used the Chili Cheese flavor)

One package of taco seasoning

One cup of shredded cheddar cheese

One cup of milk*

*Milk was not pictured because at the time, I totally didn’t have milk. #Boyfriend had to run to the store to get some.*

I started off by browning the ground beef in a pan of vegetables oil with a little copped garlic. 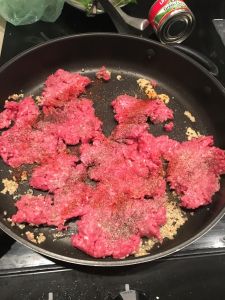 At this time, I seasoned the beef with the onion powder, black pepper, paprika & salt. 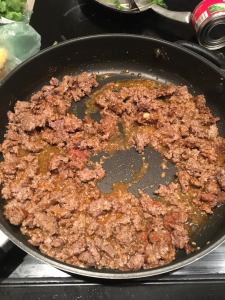 While the meat was cooking, I made my queso sauce.

I made a roux ( equal parts butter & flour), then added the milk & stirred it until the milk/roux mix was thick. Then, I added both cheeses & a splash more milk because the sauce was THICK.

Add the chilies & jalapenos next, stirring to incorporate it into thew cheese sauce.

After the cheese & meat are done, it’s assembly time.

And that’s basically it!
Get crazy with your toppings, use Doritos instead for Frito (like Boyfriend did)

or really do your mouth a favor & use chorizo instead of ground beef.

Hope you enjoy this wonderful concoction as much as I did.